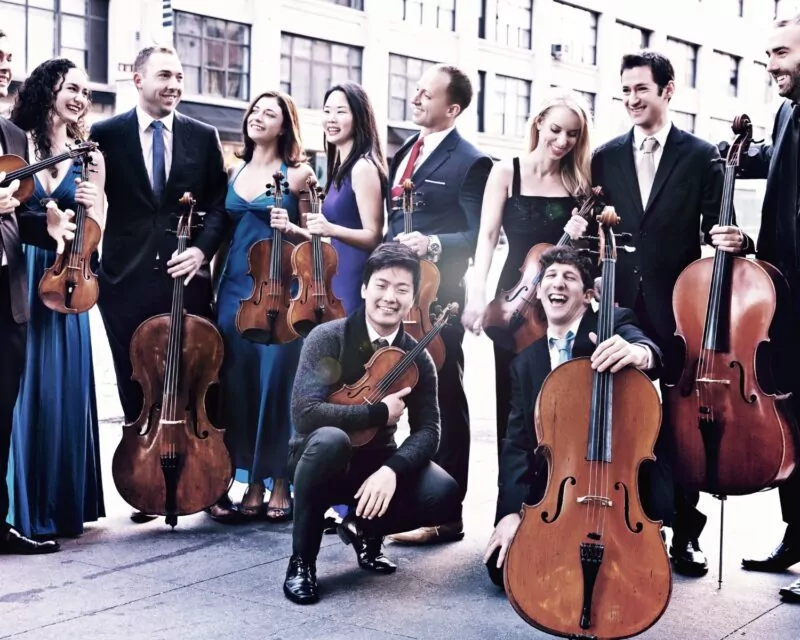 Bringing a “mellifluous blend of vigorous intensity and dramatic import, performed with enthusiasm, technical facility and impressive balance,” the 13-strong Manhattan Chamber Players make their Close Encounters With Music debut this season. In a program both orchestral (Brandenburg No. 3 and Copland’s iconic Appalachian Spring and reduced to octet for Mendelssohn’s early work (“Its youthful verve, brilliance and perfection make it one of the miracles of nineteenth-century music”), they demonstrate their versatility and virtuosity. First written as a ballet for Martha Graham and telling the story of 19th century pioneers celebrating spring after building a new Pennsylvania farmhouse, Copland’s reworking of the Appalachian Spring Suite has become one of the staples of the concert hall.

In addition to numerous engagements across the U.S., Canada, and Mexico, MCP regularly tours throughout the U.S., Canada, Mexico and in Asia and the Middle East. Its players are current and former members of the Chamber Music Society of Lincoln Center, Carnegie Hall’s Ensemble Connect, and the Amphion, Attacca, Dover, Escher, and Ying Quartets, as well as top prizewinners in the Banff, Concert Artists Guild, Fischoff, Naumburg, Osaka, Primrose, Queen Elisabeth, Rubinstein, Tchaikovsky, Tertis, and Young Concert Artists Competitions.