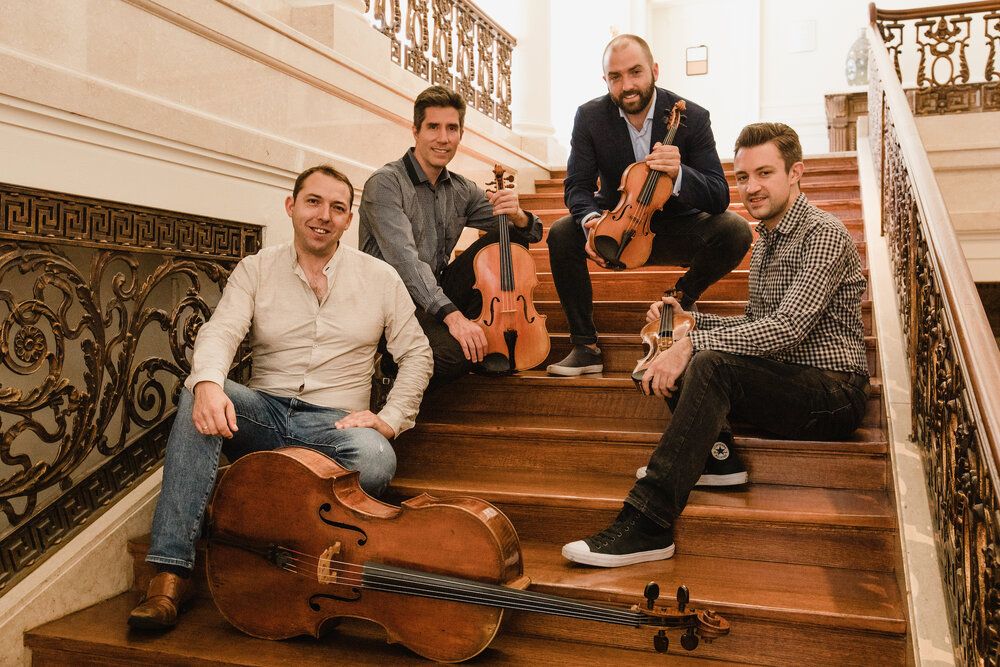 The Escher String Quartet has received acclaim for its expressive, nuanced performances that combine unusual textual clarity with a rich, blended sound. Winners of the Avery Fisher Career Grant, they have performed throughout Europe and the U.S. at venues such as Amsterdam Concertgebouw, Berlin Konzerthaus, London’s Kings Place, Auditorium du Louvre, Kennedy Center and Lincoln Center. They are joined by cellist and CEWM artistic director Yehuda Hanani and violist Daniel Panner for the magnificent Brahms String Sextet No. 1, which entered popular culture via the soundtrack for various films (Louis Malle’s “Les Amants,” The Piano Teacher, and in “Star Trek: The Next Generation”!).  Brahms regarded the string quartet as a hallowed genre and treated it with the same reverence he famously held for the symphony.  The Debussy String Quartet is nothing less than a ground-breaking work, with all that Impressionism represents. The program begins with Beethoven’s Op. 18 No. 2, lyrical, playful, and dedicated to Haydn.