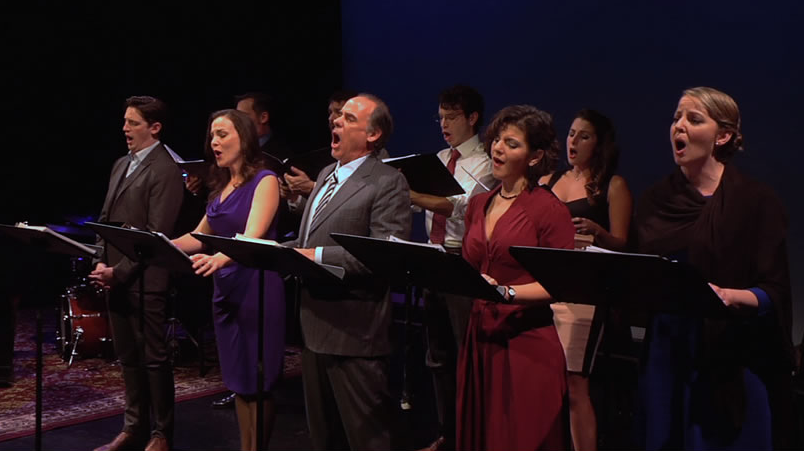 This concert performance features members of the NYC Opera cast, accompanied by renowned jazz pianist Ted Rosenthal and his trio. Rosenthal’s jazz opera Dear Erich tells a refugee story for our times. Inspired by letters written in Germany between 1938 and 1941 by Herta Rosenthal to the composer’s father, Dear Erich depicts a family’s dual fates. Erich, a Jewish academic, escapes Nazi Germany to the U.S. and a new life of studies, jazz, and love – while the deteriorating situation in Germany leads to his family’s cruel and untimely demise at the hands of the Nazis. Frustrated and powerless to help them emigrate, Erich must live with deep survivor guilt which affects his relationships with his wife and children.

Dear Erich addresses these themes – walls and wars, refugees and immigrants, survivors and victims, the promise of a new world — and asks what is found when a survivor forms a new family, and what gets lost when the next generation is untethered from the past. The opera’s scenes of immigration and refugees in crisis raise moral dilemmas that resound today. Finally, Dear Erich stands for the power of remembrance, not just to honor the past but also to root us in the present and chart our future.

Ted Rosenthal is one of the leading jazz pianist/composers of his generation and has performed worldwide as soloist, with his trio, and with many jazz greats. Rosenthal composes music ranging from jazz tunes to orchestral works (two jazz piano concertos) and ballet scores. The recipient of three NEA grants, Rosenthal has been commissioned by Alvin Ailey American Dance Theater, The Park Avenue Chamber Symphony, Dallas Black Dance Theatre and more. He has also been a featured soloist with major American orchestras including the Detroit Symphony. Winner of the Thelonious Monk International Jazz Piano Competition, Rosenthal has released 15 albums as a leader. His latest, “Rhapsody in Gershwin,” reached #1 on iTunes and Amazon.