Adding the name of a loved one to the permanent history of the magnificent Mahaiwe Performing Arts Center is a unique way to pay tribute to a family member, treasured friend, or even a beloved pet.

Permanently named seats, for a donation of $500 or more, are available in every section of the theater.  An engraved brass plaque will be affixed to the arm of your chosen seat(s). Seat pledges can be paid in installments over time, and are 100% tax deductible.

“I am delighted to have named seats in this splendid theater, and hope that others join me to ensure the future of this wonderful cultural center. It is an invaluable addition to life here.” — Roberta Silman

For more information, contact Director of Advancement Diane Wortis at 413-644-9040 x123 or diane@mahaiwe.org. 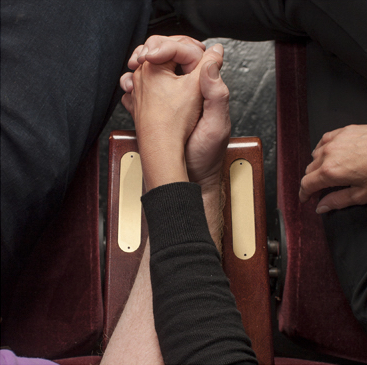 Seat Stories from the Mahaiwe Community

In Honor of Jack & Judy Spencer

Ann Marie Miller (and husband Scott) and Kathy Erickson (and husband Fred) chose to honor their late father and mother, Jack and Judy Spencer, with a seat at the Mahaiwe. Jack and Judy were pillars in the Berkshires, moving mountains within the local school system and government. During their many years as public school educators, Jack and Judy encouraged students to live consciously and creatively for the better. In addition to their years of service in education, they were very active in the growth and maintenance of several local institutions. Judy lent her expertise to the Austen Riggs Center, Berkshire Garden Center, Lenox Library, and the Berkshire South Community Center, among others. Jack served on numerous committees and boards, including the Stockbridge Planning Board and Zoning Board of Appeals, Stockbridge Library, and the Fund for Excellence and School Center, Inc. The Berkshire community is forever strengthened by their talents, efforts, and drive to create a better world. 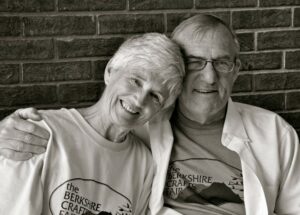 Jim Bouton – With Love and Laughter

Jim Bouton’s family, including his wife, Paula Kurman, and children David, Lee, Hollis, and Michael, named a seat at the Mahaiwe in his memory. Jim is known by the greater community as the former New York Yankee pitcher with an eight-year career in the major leagues, an award-winning sportscaster, and the author of the bestselling sports book of all time, Ball Four, chosen by the New York Public Library as one of the 100 Most Influential Books of the 20th Century. Jim wasn’t simply a professional ballplayer or a writer; he was an activist and an iconic figure of his time, whose archives are now part of the permanent collection at the Library of Congress. Within the Mahaiwe community, Jim was known as a warm and inviting presence who played a major role in the restoration of the Mahaiwe in 2005. Many who visited with Jim at Mahaiwe events commented on his willingness to discuss his storied life and career though never seeking to be the center of attention. Mahaiwe staff witnessed first-hand his dedication to the art of dance during the many years when he attended all dance events with Paula.

Jim’s family views his named seat as a natural extension of the family’s relationship with the Mahaiwe, as his seat will join the seat tribute for Laurie Bouton – one of the first seats to be named at the time of the Mahaiwe’s restoration in honor of Jim and Paula’s daughter, who passed away in 1997. Jim was an outstanding member of the Berkshire community and the Mahaiwe is honored to have him represented in our theater.